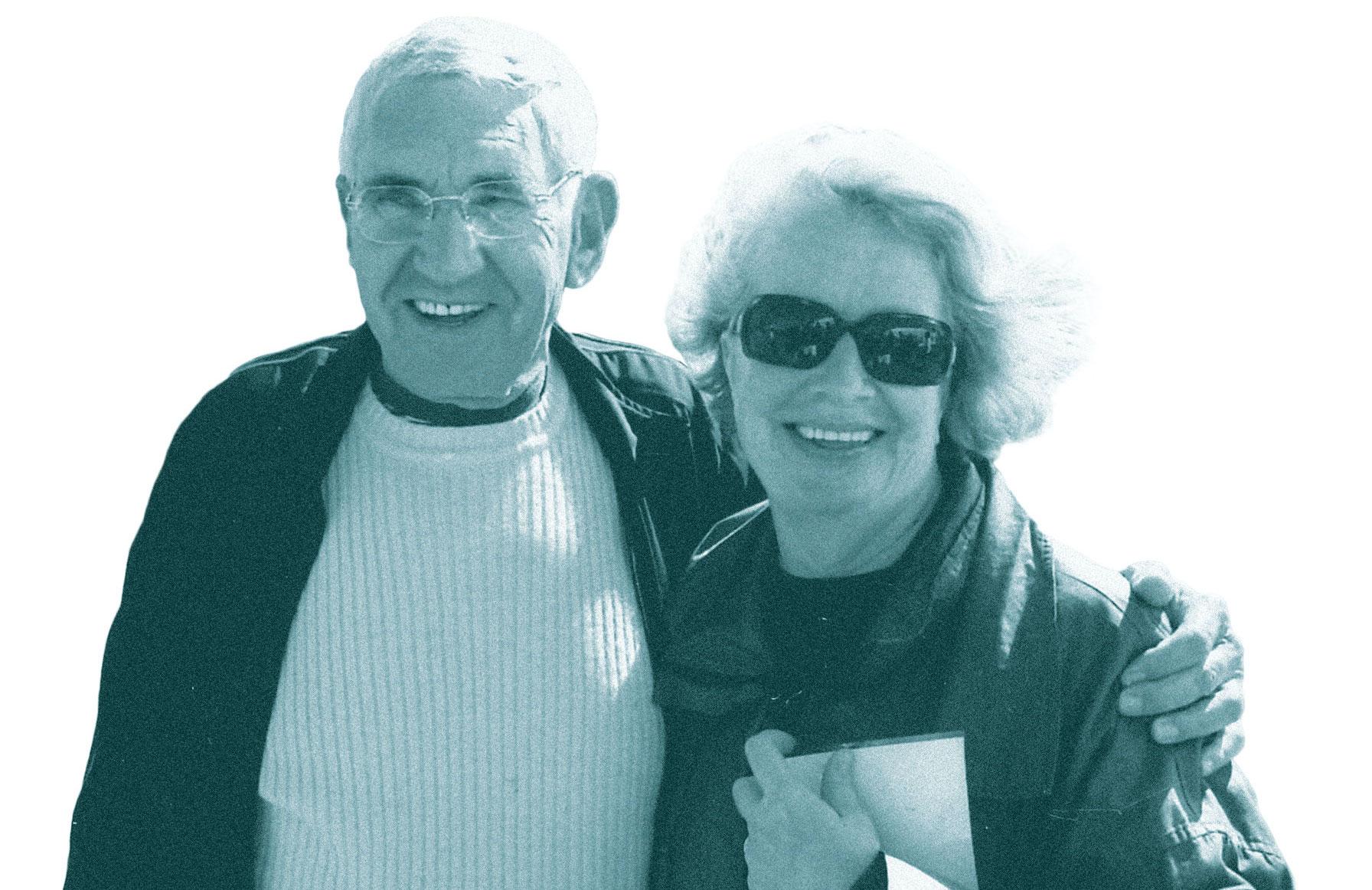 The proceeds from Michael and Susanna Steinberg’s endowed scholarship have grown 900% since it was created.

Over the last 25 years, Michael and Susanna Steinberg have provided more than 225 scholarships to students at The University of Texas at Austin — often those who are from historically underrepresented geographical areas or are first-generation students — through their Michael and Susanna Steinberg Endowed Scholarship. When asked by a scholarship recipient why they decided to help students like him, Michael responded, “I am an immigrant too.”

Michael and his parents fled Nazi Germany when he was a young boy and immigrated to South Africa. He grew up in South Africa and immigrated to the United States when he was a young man, going to work for Abraham and Straus in New York City. While there, Michael met Susanna. Michael’s work took them across the country and eventually he was offered an opportunity with Foley’s of Dallas.

Michael and Susanna quickly fell in love with Texas. “We feel very lucky to have been in Texas and met such wonderful people,” Michael shared. One of those “wonderful” people was a young man working in the human resources department at Foley’s, Rene Martinez. Martinez was an active member of the Latino community and a mentor to high school students. As Michael and Susanna learned more about the work Martinez did, they decided that they wanted to contribute. Steinberg remembered what his mom used to say — “It is better to give it away with a warm hand than with a cold heart” — so they established a scholarship in partnership with Foley’s and asked Martinez to oversee it.

“It is easy to leave money behind because you can’t take it with you, but being able to see the difference our money makes is very meaningful to us. We are happy to do it,” Michael said.

Martinez started researching schools throughout Texas. He was looking for a college that would offer opportunities to a diverse student body and would have a strong academic program. He eventually decided to recommend setting up the scholarship with UT. “You need to remember the timing of all of this,” Martinez said. “It was the early ’90s and UT was already a diverse institution with opportunities for Latinos.”

The beneficiaries of the Steinbergs’ endowed scholarship have gone on to become respected human rights lawyers, successful doctors, groundbreaking biochemists and innovative entrepreneurs.

More than 20 years and 225 student recipients later, the Steinbergs continue to support the university. “I am very impressed with how UT has managed the money and how it continues to grow,” said Michael. “I couldn’t have been given a better gift than that.”

Over the years, the beneficiaries of the Steinbergs’ endowed scholarship have gone on to become respected human rights lawyers, successful doctors, groundbreaking biochemists and innovative entrepreneurs. The Steinbergs have also set up a planned gift that will support their endowed scholarship. “It is a privilege to be able to help an institution like UT.” 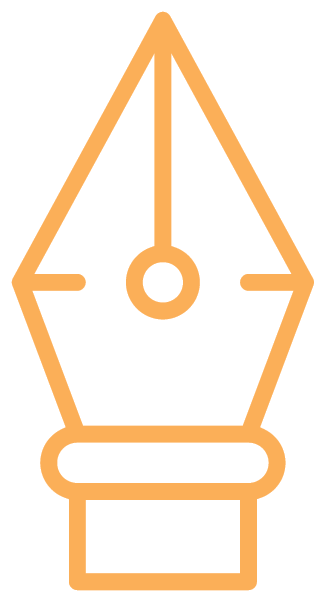 Karen Villareal graduated in 2009 with a degree in graphic design. She is currently pursuing a graduate degree in communications at The University of Texas Rio Grande Valley.

“I remember how being awarded the Michael and Susanna Steinberg Endowed Scholarship helped me feel like I did deserve my admission and that I belonged on campus. If someone who didn’t know me trusted that I could make a positive impact, surely I could trust myself too. I am thankful for the
support and inspiration that they
provide to young students.” 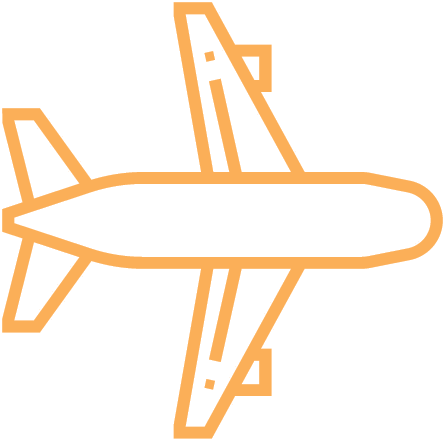 Tausiq Ahmed graduated with a degree in aerospace engineering in 2011. He has worked as an electrical design engineer and currently works for American Airlines as a configuration management and control engineer.

“I dream of moving to a developing country one day, where I can return the kindness I’ve received by continuing charitable works. I will never forget where I came from or who helped me along the way. I want to thank Michael and Susanna Steinberg for making it possible for me to chase my ambitions. May we all look to them as a shining example of giving and kindness.” 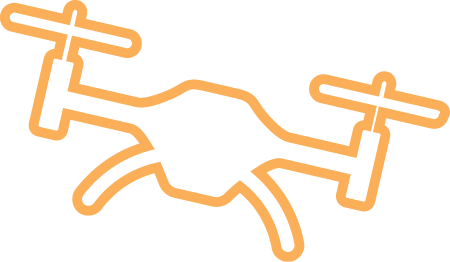 Tsung-Tai “Ted” Yang graduated in 2008 with a degree in biomedical engineering. After graduating, Ted opened an award-winning dessert restaurant called SnoMo. In the future he hopes to build a network of drones to explore and maintain the earth.

“The Michael and Susanna Steinberg scholarship is the cornerstone of my accomplishments and I am forever grateful and indebted to them. They helped me achieve my goals at UT Austin and, in turn, pursue my passions in life.”

Zeriba Jahangir graduated in 2018 with a degree in biochemistry and is an aspiring physician.

“I am so thankful for the support of the Michael and Susanna Steinberg Endowed Scholarship. They are lessening a burden on so many of us who have adversities that often distract us from our studies. As an aspiring physician, I hope to learn from their generosity and give back to students
in the future. They are serving as
role models and helping students keep
the motivation to continue their studies and pursue the best life has to offer.”

When you include UT in your estate plan, you create global leaders, drive discovery and change the world. You also protect assets, provide for those you love and receive tax-wise benefits.
Start Planning 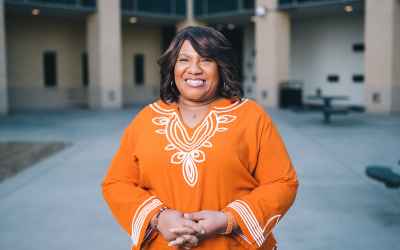 UT alumna Andrea Anderson helps the next generation of leaders find excellence within themselves.

Lois and Richard Folger are committed to bringing world-class faculty and students to the Forty Acres. 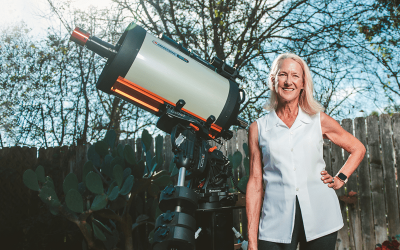